Those of you who were lucky enough to have met Martha (Knap) Jucha know what a wonderful woman she was. Although my memory of her is very fuzzy because of how young I was when she died, I feel like I know her well from all the stories my mom has shared about her. By all appearances, she was an incredibly caring, kind, and understanding mother/grandmother, so a few years ago when I discovered she had a sister (Julia) that lived near her for many years, I was shocked when my mom said the only time she remembered her grandmother talking about her sister was when Julia died. That seemed at odds with the person I’ve come to know, how could such a wonderful woman NOT be close with (what I mistakenly assumed was) her only sister?

It was time to take a trip down the rabbit hole to see if I could find some answers.

To date, below is what my research has uncovered. Here is a map so you’ll know where the locations mentioned are (click on each image to enlarge):

The driving time is just for reference. I’m guessing the family moved around via train, and if I’m ever able to find historical train line information for those areas, I’ll update this post with that data.

Wojciech Knap (b. 1865 in Dolega) and Barbara Witek (b. 1867) likely married in 1892 in/around Garki. While I have not yet found their marriage record (it will be in German, and painstakingly trying to decipher even 1 legible letter within German handwriting is not my idea of a good time) the rule of thumb back then was that the couple married in the bride’s parish. That is often also where the first child is born.

I have Wojciech’s birth record from Dolega and 2 records that reference that Barbara was from Garki. In addition, the records do not show any other Witek’s in Dolega, nor were there any other Knap’s in Garki during the couple’s child bearing years. Considering the distance between their villages, I’d love to know how they met each other. Unfortunately you’ll need to remember that we’re still in the rabbit hole, where every 1 answer found will create numerous new questions, many for which we may never find an answer. But that won’t stop me from trying.

While living in Garki, Wojciech and Barbara had 6 children: 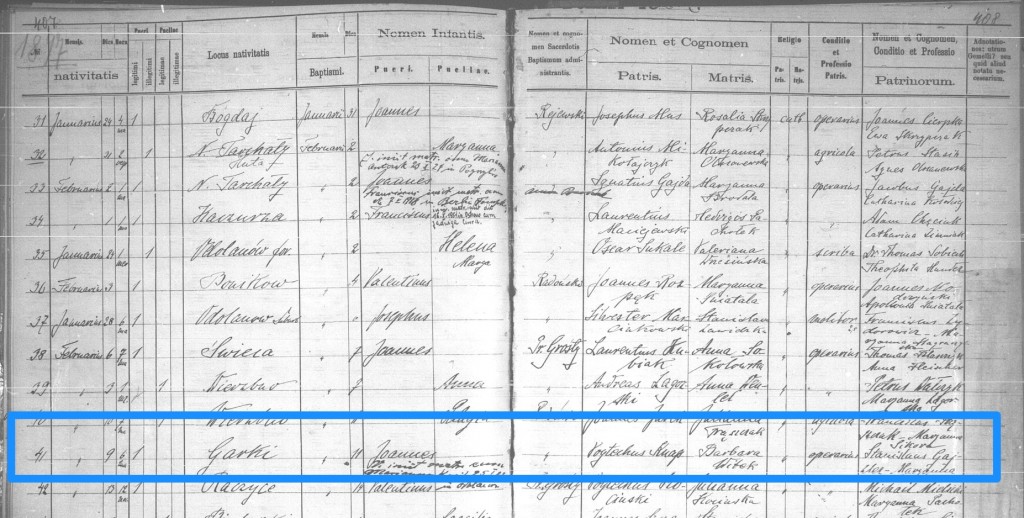 Sometime after Monika’s birth the family moved to Wojciech’s birth village of Dolega, and in 1907 they had one more child, Zofia:

At this point in 1907, Barbara still had family living in Garki, as Wojciech did in Dolega.  With Garki being in the German-controlled area of Poland, and Dolega being under Austro-Hungarian rule, there are a few theories as to why they chose to move, but of course I wish I knew for sure.

As far as I can tell, between 1907 until around 1911 the family stayed in Dolega, and it was business as usual. Birth records show that Wojciech worked as a laborer/hired hand, and that likely did not change much with their move. If I know my history well enough, during that time period Wojciech and Barbara would still have been considered peasants, and Barbara would have been expected to work just as hard as her husband. However, despite the absence of documented proof, I’m led to believe that while they might not have been rich, they appeared to have more money that one would expect a laborer/hired hand to have.

In 1912 at the age of 16, Julia immigrated to the United States (Chicago). Her passenger list shows a couple of interesting things.

First, she is coming to the U.S. with $36. The inflation calculator at the Bureau of Labor Statistics only goes back to 1913, however $36 in 1913 had the same buying power as $862.22 today. This was during a time when plenty of people listed on passenger manifests were only traveling with $5-$10.

Second, Her last permanent residence is listed as Reupzig, Germany, which is also where her father is shown to be living. Wojciech and Barbara did not just stay in a local hotel while seeing their daughter off to her new life in the U.S. They actually lived in Reupzig for a period of time – thankfully long enough to appear in the 1912-1913 Kothen Adressbuch. 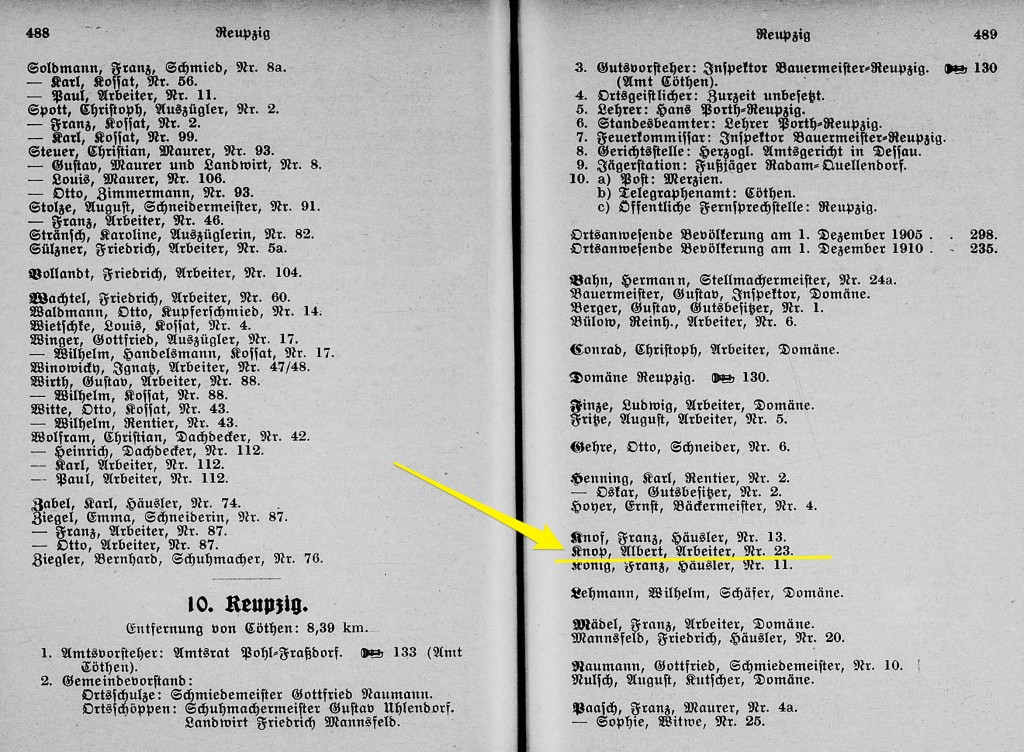 Again, Wojciech is listed as Arbeiter/workman. A workman/laborer who can afford multiple long-distance trips, to temporarily relocate, and to send his daughter to the U.S. with a chunk of money. The best, and most compelling part to suggest he had more money than a typical workman/laborer is that he could afford a family photograph from a professional studio. Unfortunately, this raises more questions. But first, here is a copy of the photo: 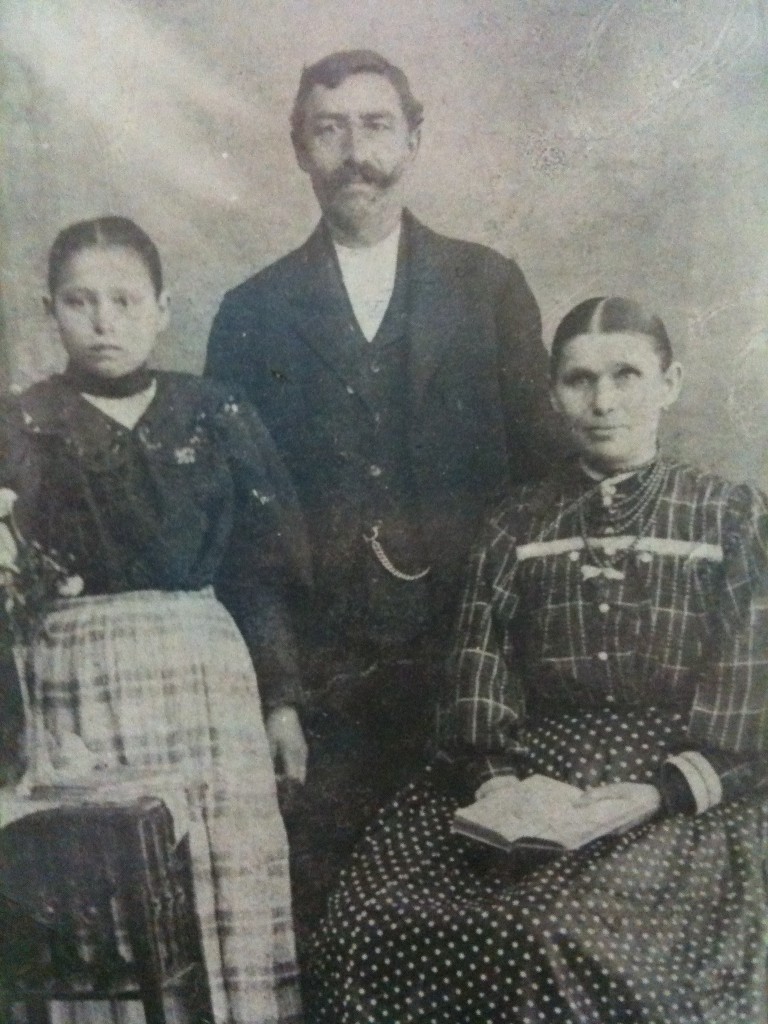 This is the photographer’s mark from the bottom of the original (which was badly damaged) that reads “H. HESTER COETHEN-A. Augustenstn 60.”

The next city directory for the Kothen area that I could find was for 1916-1917, and Wojciech is not listed. So it’s safe to assume that after Julia set sail, Wojciech and Barbara went back home (likely before WW1 began in 1914). For the next 10 years, Martha and Julia are separated in two different worlds.

While in Chicago, Julia meets Frank Smuszkiewicz (a recent widower) and in January 1917 they marry. Helping to raise 4 children from his first marriage, she gives birth to her first child (Frances) in October of 1917.

In December of 1918 Barbara (nee Witek) Knap dies in Dolega.

Arrangements were made for Julia’s husband Frank to be the point person to meet Martha in New York, so it’s safe to assume that Julia kept in touch with someone in her family, if not Martha directly, in order to have helped with these arrangements.

I would LOVE to know what Martha did with herself in the 6 years after she arrived here, before she married John Jucha.

There’s nothing to suggest that any of their other siblings ever came to the U.S. Quite the opposite, actually. My thinking is that brother Jan somehow ended up back in the Garki area, in Odolanow (which was the parish that served Garki, among other villages). This newspaper from May 1939 lists the names of local people who (if my Polish translations are correct) donated money to a defense fund. Jan Knap (the ONLY Knap mentioned in this, and throughout numerous other editions of the local paper) donated 20 zlotys. 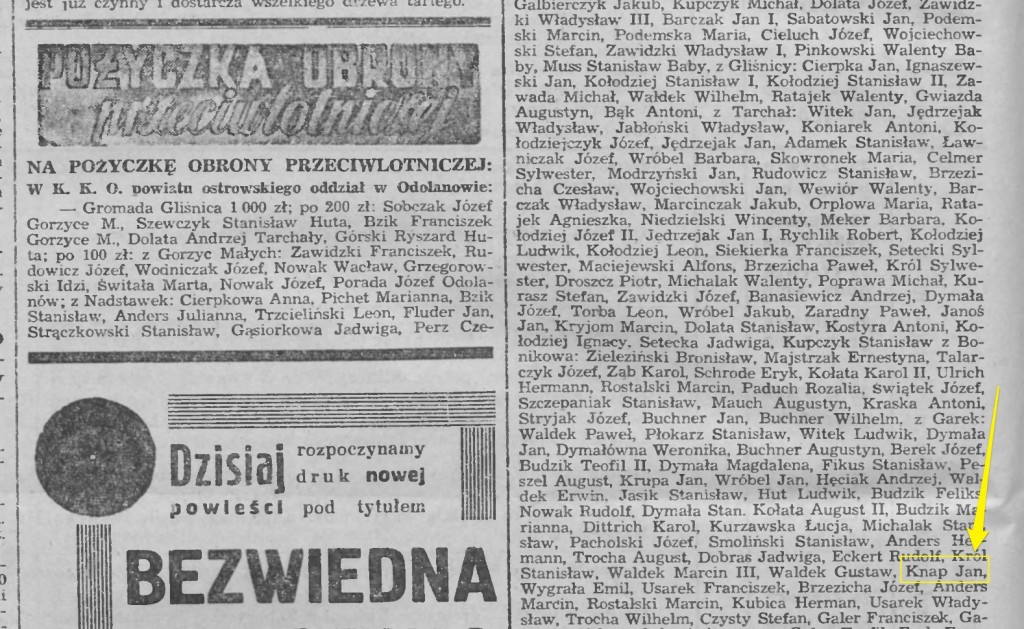 But what lends more credibility to this possibility is that Martha had at least one niece and nephew who were writing to her, sending photographs, and who addressed her as their aunt!

These are pictures of Roman and Wiktorya Knap, from Granowiec, just a hop, skip, and jump away from Garki. Either way, Martha was corresponding with Knap relatives from the area in which she was born.

But back to the timeline, in November 1928 Martha marries John Jucha and the identities of most in the wedding party are a mystery.

Back in Dolega in February 1929, father Wojciech Knap dies. In February of 1930, Martha gives birth to Jo Anna. In August of 1930 sister Zofia marries Francizsek Rakoczy in Dolega. The rest of the children are born as follows:

According to the birth records for Zofia’s children, none of her Knap siblings were godparents. And concerning any children born to Julia or Martha from 1922 on, the baptism records are not yet available to see if either sister was a godparent.

A few years ago I had the privilege of speaking with one of Julia’s daughters, and she remembered her mother just as fondly as Martha is remembered. Two wonderful, kind people who just happen to be sisters that live only a few blocks away from each other…

Both Julia and Martha had daughters that stood up to each other’s weddings, so why are there no memories or pictures of the families getting together? I have proof that Martha corresponded with some of the relatives that stayed in Poland, but not one single picture of Martha and Julia together. 🙁 I even have photographs of Martha & John with Katarzyna (nee Miechowicka), a friend from a village near Dolega, and her husband John Zinevich.

Does a photo exist with Martha & Julia together? 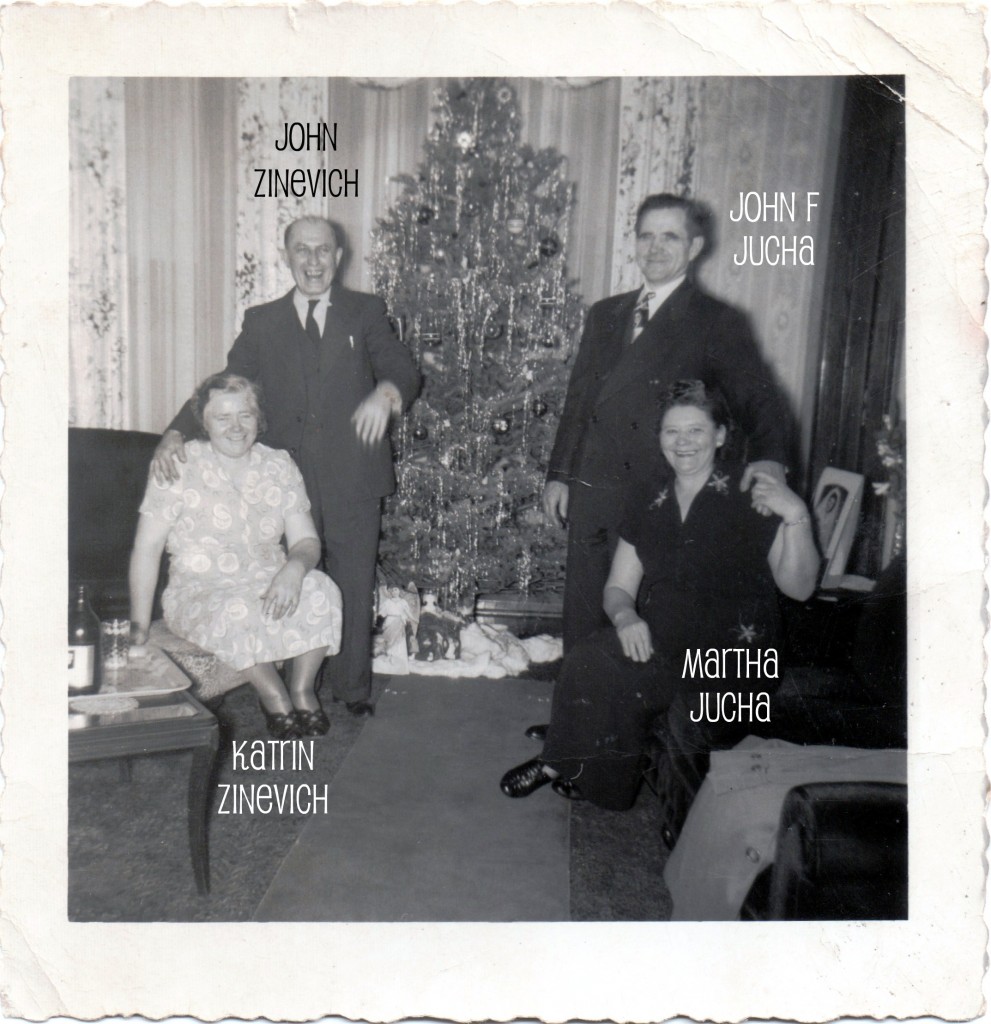 While I’m grateful for every bit of information I’ve found, I can’t help but be a little bit sad that we don’t know Julia as well as we could have. She was 72 years old when she died in 1968. 🙁

What happened to Jan, Sylwester, and Monika Knap?

It’s possible that Roman and Wiktorya Knap are still alive, as well as Stanislaw, Helena, and Jozef Rakoczy. If anyone out there has any information on them or their families, especially photos – PLEASE contact me so we can learn more about our families! 🙂 The same goes for descendants of Frank & Julia Smuszkiewicz! 🙂